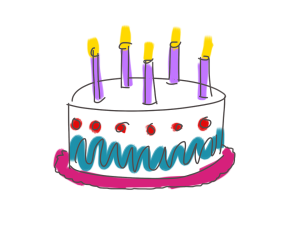 So twitter is 10 years old this week. The twittersphere  has been full of reflections on what has happened in the last decade, a raft of top tweets including 12 of the best ever. I particularly liked this article on Mashable  – I think this really captured the essence and usefulness of twitter for me. I also liked this post from Donald Clark about some of the often forgotten potential benefits for learning from using twitter.

I was a little late to the twitter party, I started tweeting in April 2007 so I do like to think of myself as an early-ish adopter of the service. 32.2k tweets and 2,803 followers later it’s pretty much embedded into my working practices.  From my first pretty banal first tweet to today, I  still enjoy connecting and sharing via twitter.

I am frustrated that it is trying to be “clever” and show me the tweets that it thinks should be relevant to me. I still love the serendipity of twitter and just scrolling through my stream on my iPad. Organising twitter has always seemed a bit of an anathema to me.  As Lance said so well in the article above

“My relationship with Twitter is best summarized as the kind you have with a sibling. I love it, deeply, but also question its choices.  . . . at the end of the day, we’re tied together.”

Happy birthday Twitter, stay as you are and we’ll all stay with you.

How Sheila Sees IT

This work is licensed under a Creative Commons Attribution-NonCommercial-ShareAlike 4.0 International License.